In late October I had the great honor of being invited to cook alongside The Sioux Chef, Sean Sherman and his team at James Beard House in New York City, NY. It was a young aspiring chefs dream to cook along side one of the country’s best indigenous culinary artists and in a kitchen where some incredible names in the food world have cooked. At 12 years old I am likely the youngest indigenous woman to have ever assisted in the kitchen there. I consider this one of the greatest experiences I have ever had! 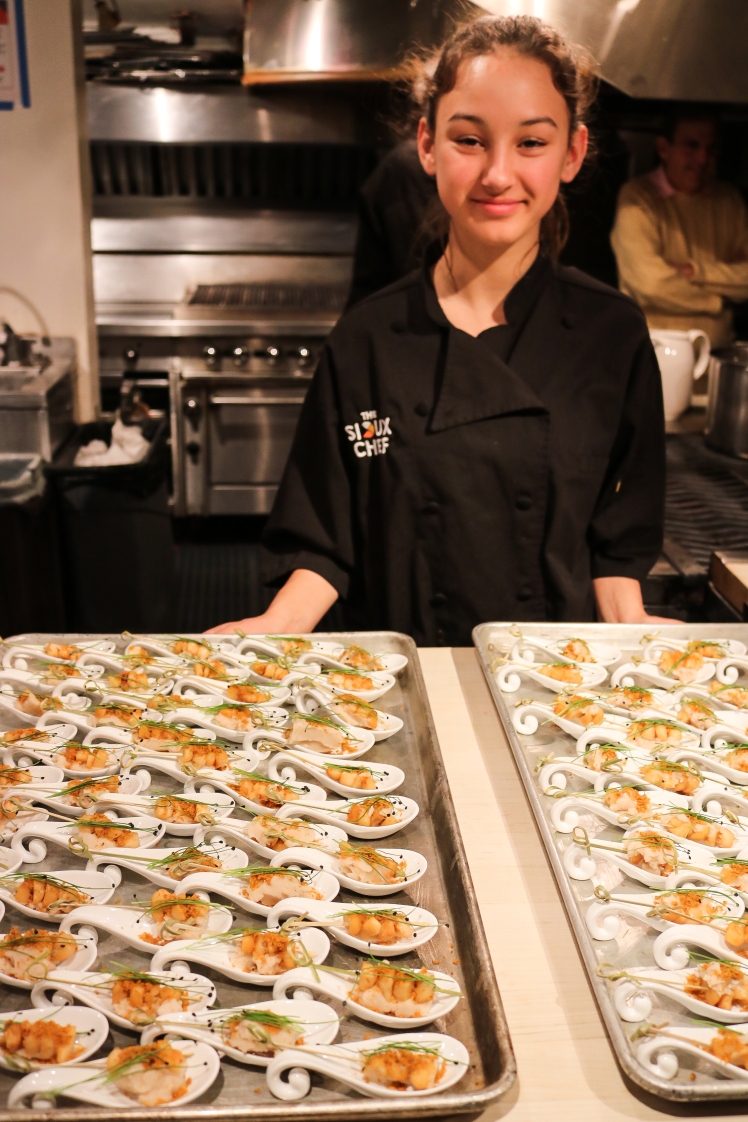 In this dinner, the Sioux Chef team featured and honored the cultures and traditional foods of the Lenape, Shinnecock, Haudenosaunee, and other tribes of the region.   It is so ironic and somewhat disheartening to be in a huge diverse city like New York, and have the ability to go to restaurants and taste foods from all around the world, but not have any way to eat the foods that are indigenous to the cultures to which NYC is ancestral lands.  There were foods featured on the menu that came from my homeland of Akwesasne and also from the Reconciliation gardens that my mom and other Mohawk farmers grew in cooperation with the Hudson Valley Farm Hub, SeedShed, and the Native American Seed Sanctuary Garden. Being in NYC, its hard to imagine the landscape before it was under all the concrete and skyscrapers.  We must remember that  the Lenape called it Manhatta which became current day Manhattan. This dinner was to honor this land, these cultures, and the memory of the flavors of this place where millions of people now live, hardly any of them indigenous to this place.

I learned so much being in the kitchen with Sean, his team of chefs, culinary students from CIA (Culinary Institute of America), ICC (International Culinary Center), and ICE (Institute of Culinary Education) and Beth Dooley.

The Sioux Chef is a team of Native American chefs, ethnobotanists, food preservationists, foragers, adventurers, caterers, etc from all over the country. Their mission is to revitalize Native American cuisine they are working to re-identify North American cuisine reclaiming important culinary culture long buried and often inaccessible. They are a huge inspiration to young cooks like myself.

James Beard was an American chef, cookbook author, and teacher. Beard was born in 1903 in Portland, Oregon. After training to be an actor and singer he moved to New York City, NY. Unlucky in theatre he and his friend Bill Rhodes opened the catering company Hors d’Oeuvre,  Inc. He helped educate and mentor generations of professional chefs and food enthusiasts, instilling in them the value of wholesome, healthful, and delicious food. The kitchen at the James Beard House is where James Beard held cooking classes and cooked for his food-loving friends, chefs from all over the world have come to prepare meals for James Beard Foundation members, guests, and the general public for over 25 years.  James Beard Foundation today continues in the spirit by giving numerous diverse programs that support education, food industry awards, scholarships for culinary students, chef advocacy training, publications, and thought-leader convening. The Foundation also maintains the historic James Beard House in New York City’s Greenwich Village as a “performance space” for visiting chefs. The JBF is a national non-profit organization based in NYC.

shinnecock oysters on the half shell 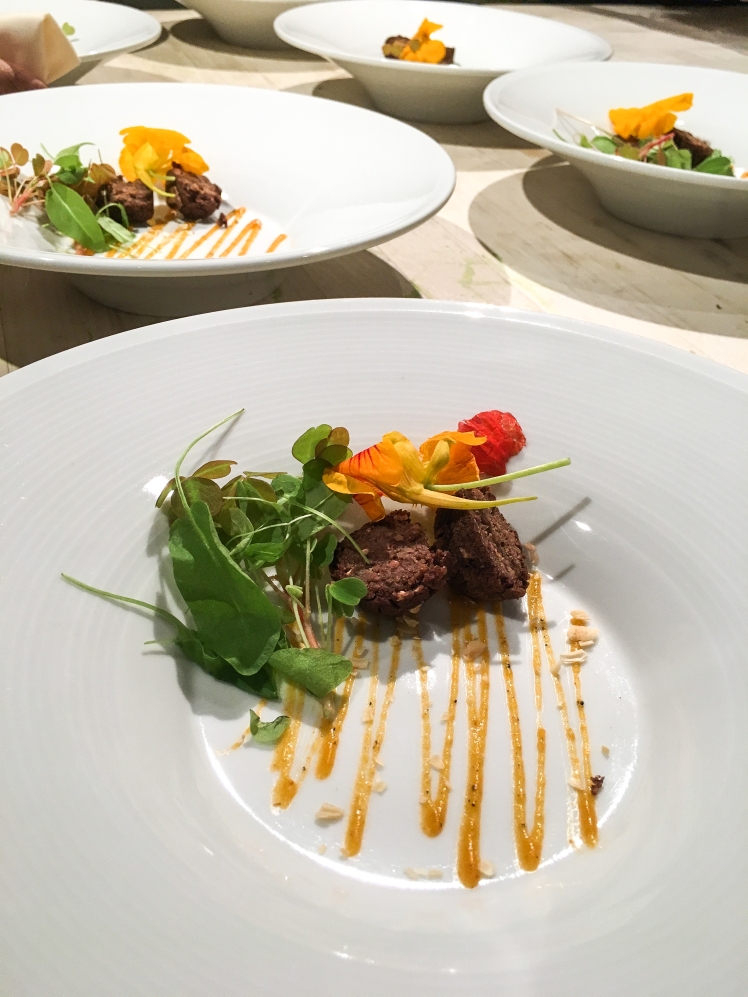 Credit to Elizabeth Hoover for these incredible photos!

If you want to learn more about how to cook these foods, The Sioux Chef just released a gorgeous new cookbook “The Sioux Chef’s Indigenous Kitchen”. This book is so inspiring and has recipes such as, “Bison Tartare”, “Hominy Cakes” and “Wojape”.  I am so grateful that Sean and his team of indigenous culinary artists have offered such a book to encourage us to bring more indigenous foods into our everyday kitchens and hearths.

HOLIDAY GIVEAWAY!! Head over to my Instagram @native_hearth to enter my holiday giveaway of a brand new copy of The Sioux Chef’s new cookbook! Also if you use any of my recipes post a picture with the hashtag #nativehearth

3 thoughts on “Indigenous Foods In NYC” 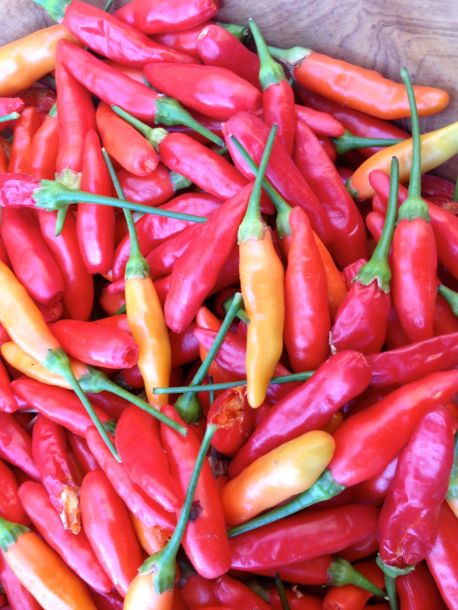 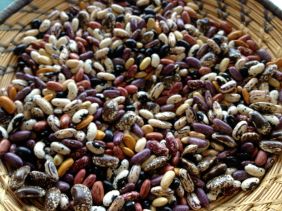